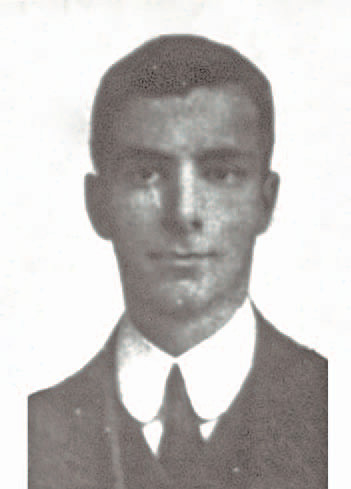 Last seen at the Nek. Private Leonard Hawkins, service number148, 12th Infantry Battalion, was underage when he joined up at Pontville on 21 August 1914. He was one of the first to enlist, and to sail from Hobart on the Geelong on 20 October 1914. His enlistment form tells us that his father, Henry, was a Hobart stock and share-broker, but Leonard was an orchardist, probably on the Tasman Peninsula. He was 5 feet 7.5 inches tall, with black eyes, brown hair, a dark complexion and scars on his right hip and shoulder. Leonard was one of the first Australian soldiers to land at Anzac Cove, Gallipoli, early on April 25th 1915. He scaled the steep cliffs with fellow-Tasmanian Lt Ivor Margetts and Captain Len Tulloch, but their unit was cut off after advancing well beyond the beach. Masgetts and Tulloch got back to the beach, but Len didn’t. Despite this being reported to his father by the official war recorder (Capt. C.E.W. Bean), the family suffered agonies of uncertainty until Leonard’s death was confirmed by a Board of Enquiry in June 1916. Henry Hawkins, Leonard’s father, wrote a series of letters to the AIF to find out what had happened to his son. In July 1921, AIF eyewitnesses confirmed that Leonard had last been seen “at a spot known as the Nek”. His body was never recovered. Amongst the effects sent to his parents were a bible and a French book- he clearly expected Gallipoli to be a curtain-raiser for the main event. He never got to France; he never made 21.