From the Eaglehawk Neck Lookout there are views across Pirates Bay that take in The Lanterns, Hippolyte Rocks and Cape Hauy.  The view includes amazing sea cliffs, the rolling surf and a beautiful white sandy beach.

”Where Nature and History Collide", by James Parker

When the Aboriginal people occupied the Peninsula it is likely that the area was de-populated in summer when the Pydairrerme (Pie-dare-rer-ma) are thought to have migrated to Tasmania’s inland plains to hunt large game with the aid of fire.  By contrast, nowadays, the population quadruples in summer with the arrival of the ‘shackies’ – people from other parts of the state who have holiday homes on the Peninsula. Tourism and holiday making have long been an important economic activity here. Even in convict days, the area was recognised as a pleasant holiday destination, with officials using Government Cottage, at Port Arthur, for recreation.

Convict tourism at Port Arthur, stimulated by the runaway success of the novel For the Term of His Natural Life, started as soon as the gaol shut down in 1877. Just four months after the closure, there was a steamer at the wharf with 800 ‘excursionists’ on board, and the flow has never stopped. Even the whole-scale destruction of the site by bush fires at the end of the 19th century did nothing to stem the tide – the ruins were seen as both romantic and to have somehow acquired an ‘instant antiquity’. Port Arthur, now, has had a much longer history as a tourist destination than it ever had as a gaol. 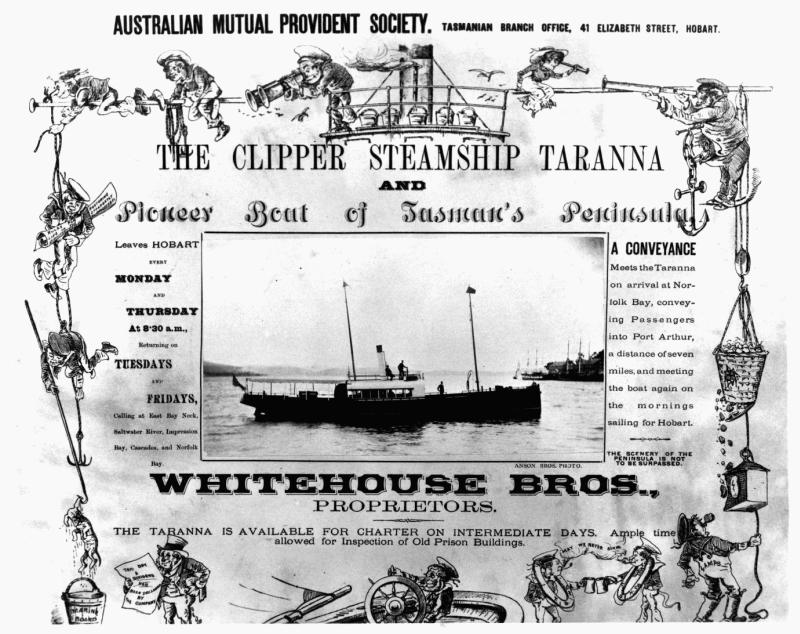 Although the Convict Department had sold everything they possibly could in 1877, by the early 1900s The Scenery Preservation Board was busily buying back property. For most of the 20th Century, though popular, tourism was largely unorganised and the old gaol site pretty well neglected.  By 1970, the ruins were in danger of completely collapsing, and, with their disappearance, a large window on Australia’s past would have closed. The Tasmanian and Commonwealth governments put together a large sum of money to stabilise the ruins, restore some of the houses and set up a proper historic site. The work continues to this day and is now generally properly funded, because the importance of Port Arthur so the state’s economy is fully appreciated – over 250,000 visitors go to the historic site every year and it is the Peninsula’s biggest employer.

Since the convict days, the spectacular scenery, proximity to Hobart and good beaches and fishing have also attracted holiday-makers in great numbers. Eaglehawk Neck, in particular, has relied on holiday-makers for a long time. The Lufra Hotel was established there at the turn of the 19th century by an Indian immigrant, C Nuroo; expanded and modernised into a resort hotel in the 30s.  Also on the shores of Pirate’s Bay, the Penzance, one of the first motels in Australia, was built in the 1950s but sadly demolished in 2007. There are now more than a dozen bed and breakfast establishments south of Eaglehawk Neck along the Bay. 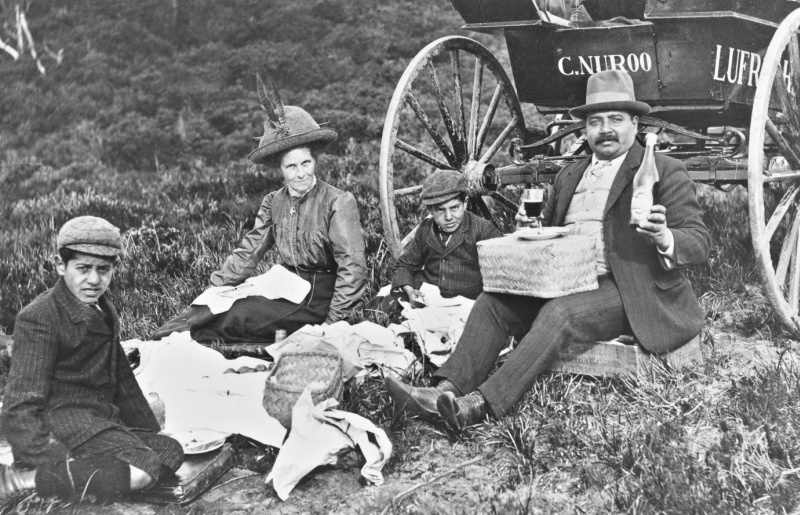 Holidaying has had a significant effect on land-use, with many holiday homes being built in various parts of the Peninsula.  Since the Second World War, whole shack suburbs have been developed, in a somewhat haphazard fashion, at Port Arthur (Carnarvon), Eaglehawk Neck (Dootown), Nubeena (White Beach) and near the Coal Mines. There are now more absentee rate-payers in Tasman Municipality than permanent residents. So ‘a weekend on the Peninsula’ for holiday-makers is very much a typical Peninsula ‘product’ of today, and likely to remain so long into the future.